JOSE LUIS PULIDO, born in Barcelona. He obtained a Diploma in Audiovisuals in 1994 from the E.M.A.V., after which he worked for five years in the industry, before furthering his studies in the E.S.C.A.C. where, in 2002, he graduated with a Bachelors Degree of Fine Arts in Cinematography.

During his four years in film school, he directed the photograpy of various 16mm and 35mm film projects, among which is the short film, "I Love U", nominated for Best Cinematography in the prestigious Camerimage Film Festival, as well as participating in the main competition of various other national and international film festivals.

He was awarded a grant to attend the Kodak Cinematography Workshop held by Gregory Hudson, as well as for the Berlinale Talent Campus in 2006.

Fully active in the professional industry, he has worked essentially in the area of music videos for well-known record labels like Sony and Warner Bros, directing the cinematography for popular music videos like Fangoria's “Viven” or Loquillo y Calamaro's “Paraiso” , as well as MWard's most acclaimed and awarded video, “Requiem”.

In the field of documentary, two of his most outstanding works are “Entre el dictador y yo” and “No tiene sentido, asi todo el rato, sin sentido”  about Joaquim Jordá, the latter having won the Caracola Award in the Alcances Festival of 2008.

He is currently in the post-production stage of feature-length film, “Salvacion”, produced by ESCAC films ,  directed by Denise Castro. 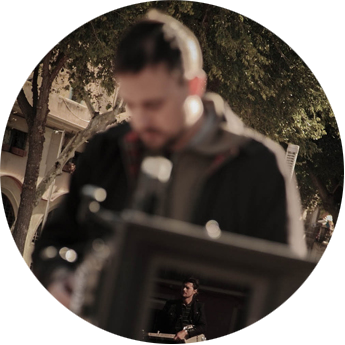